Every day ’til Christmas, we’re sharing a story from your family at FN. Would you rather get them straight to your inbox? Click here and choose “Christmas Stories: (Daily Emails Dec 2015).”

Christmas morning in my perfect world would involve a leisurely waking up around 10:30 or 11, strolling into the kitchen, enjoying a warm piece of pumpkin bread and perhaps a warm cup of hot chocolate before diving into the goodies that Santa placed below the tree. My younger brother, Caleb, is quite fully aware of how I would like to spend Christmas morning and thus makes it his annual mission to find the loudest and most ear-shattering sound available to life, as we know it in order to arouse his sleepy siblings from their slumber. For instance, one “magical” Christmas morning, Caleb snuck into my room with the determination of a navy seal and, armed only with an air-horn, blasted every bit of hearing and self control I had clear out the window and quite nearly caused a crime scene. The very next year, I awoke to none other than Caleb Van Halen shredding what little guitar skills he could muster through an amplifier well equipped for the task. 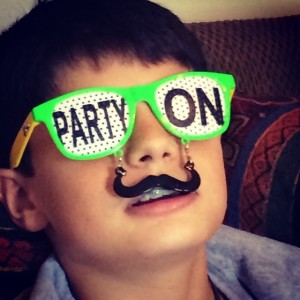 Much like my younger brother, on the very first Christmas, angels appeared to the shepherds with trumpets and horns in a fashion such that the shepherds could not possibly ignore. The shock was so great and startling that the shepherds “were terrified” and did not know what to think or do or even say! Just as the angel delivered the news a whole company of angels appeared blaring their trumpets, singing at the top of their lungs, and worshipping the Father for the beauty of his Son. The Shepherds could have responded in a number of ways yet they became electrified at the possibility that the Angels words could be very well be true and simply could not restrain themselves from running to the feet of Jesus.

It’s often very easy during the Christmas season to find a reason not to run, like the shepherds, towards Christ. Whether it takes on the form of final exams, Christmas shopping for friends and family, or bustling around the house to prepare it for the next holiday party it becomes easy to forget to bask in the glory of God’s own son.

Though he certainly has created some early and loud mornings, Caleb’s joy and excitement about Christmas morning is exactly the same joy and excitement as the Angels had as they eagerly shared the news with the shepherds as well as the shepherds joy as they rushed to see the baby Jesus. Caleb understands that Christmas is a time to be overjoyed and a time to soak in each and every precious moment. He also wants each and every person around him to experience the same excitement he has and will not stop until his excitement has been fully expressed. Though I don’t necessarily recommend the air horn technique, however you personally connect with the Christmas story, whether it is through baking Christmas treats with friends or reading the nativity story, let it be with the same abundant exuberance that the shepherds, the angels, and Caleb have because the hope we have in Christ is well worth all the excitement. 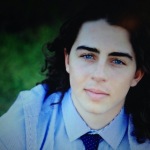 Today’s story is by Austin Shaw.
Hi, my name is Austin Shaw and I am a Film and English major at Texas Christian University. Go Frogs! When I am not busy with school work I love to spend as much time aspossible outside camping, climbing, hiking, or any sort of outdoor adventure.  Im also a pretty big movie fan hence the Film major. Though I am away for a season, I will always consider North Little Rock and Fellowship North home.