Every day ’til Christmas, we’re sharing a story from your family at FN. Would you rather get them straight to your inbox? Click here and choose “Christmas Stories: (Daily Emails Dec 2015).”

I grew up in El Dorado, and each year the local television station, KTVE, would string lights from its TV tower so that it looked like a giant Christmas tree that could be seen from miles away. Every year we would all pile in the car to drive under the lights. As a teenager I figured out a way to climb up the tower, and my friends and I staged “Operation Lights Out on Christmas” in which we may or may not have developed a plan to pull the plug on the entire GIANT Christmas tree. If such a plan did exist it would have involved an escape path thru backyards and over fences along with a get-away car. I can neither confirm nor deny this.

If you’ve been a part of a Christmas play in a small church in a small town then you already know that shepherds in the Bible wore bath towels on their heads. Also, if you need some palm trees you only need to dumpster dive the local carpet store because palm trees are actually made of the cardboard core of carpet rolls.

And you probably know that some Christmas plays go very differently than planned.

When I was about 10 or 11 we did a play telling the Christmas story through the eyes of toys in a toy shop. I knew exactly what part I wanted (the toy robot) and worked my tail off to ensure I landed the part. I got no special treatment from the director.

I nailed the auditions and was awarded the part. I had perfected not only the lines but I spoke them with a nice robot monotone. I convinced the director to let me design my own costume. It was over the top and would definitely make the play bump up a couple notches on the cool scale.

I got to work on my epic costume. I got one box slightly larger than my head and one bigger box that covered my body down to my knees and wrapped them in aluminum foil. Four of those cardboard tubes from the carpet rolls went over my arms and legs. And then to top it all off, I figured it would be cool to have lights on the robot’s chest that blinked just like a real robot. I would poke holes in the box and push about 10 lights thru to create the effect. The only multi-colored blinking lights I could find was a strand of 100 Christmas lights. My costume would require 10, so I decided I’d take the other 90 lights and just tape them to my chest and then cover them with a black shirt. Brilliant!

So the show begins and all is going great. I’m killing it with my robot vocals and I’m feeling awesome. But about 20 minutes into the hour and half show I begin to get really really hot! 90 lights strapped to your chest covered by a shirt and then covered by a box covered in aluminum foil is like… an OVEN! I had created an oven and then put myself inside to cook. To make matters worse, I couldn’t bend my arms or my legs because of the rigid cardboard tubes. The circulation was being cut off in both my legs and arms. I couldn’t feel my toes or fingers and my head was in a box, which was sitting on top of another really hot box. I wasn’t getting any fresh air. After 45 minutes I realized I wasn’t gonna make it. I needed air, but I couldn’t move my arms to take the box off my head. I was gonna die in the robot oven.

Then I suddenly had a plan. I bent over and at the same time I started violently shaking my head back and forth. It took a couple of tries but finally the box went flying across the stage! FREE…FREE…I was gonna be ok…I was gonna live! And that’s when I saw Raggedy Anne had hopped up and fetched my head from across the stage, and while singing “Go Tell it on the Mountain!” she made her way over to me. I started screaming at the top of my lungs “NOOOOO!” but my voice was drowned out by the choirs of angels singing “Go Tell IT!!”

I immediately bent over again and violently shook my head until the box came flying off again. And again I breathed the fresh air….and again Raggedy Ann retrieved my head and plopped it right back down over my face as I’m screaming “NOOOOOOO I can’t breathe!!!!”

The third time I ejected my head, my parents realized that something was wrong and began sprinting to the stage just in time for me to turn to a very large potted tree and puke all the complementary cookies and Kool-Aid I had consumed just prior to the show.

This is one of many reasons I’m excited to see the Best Christmas Pageant Ever here at Fellowship North this year. You NEVER know what might happen! 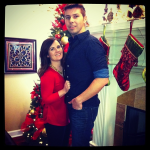 Today’s story is by Shane Warbington.

Shane Warbington packs his G.A.P.S. legal lunch each day in a Speed Racer lunch box. He is the son of a preacher man, a husband, dad and a grandpa. Shane is one of the worship leaders at Fellowship North and also gives leadership to PrayNow, a prayer ministry in North Little Rock. You can read more of his childhood stories at http://shanewarbington.blogspot.com.